DataDoctor (tm) is the easy way to find problems with your data. You can select from a range of standard tests and all errors are neatly listed including a hyperlink to allow easy switching to the problem data. The checks are as follows:

Simply select the tests you want to run by clicking on the Options button then select from the dialog shown below. 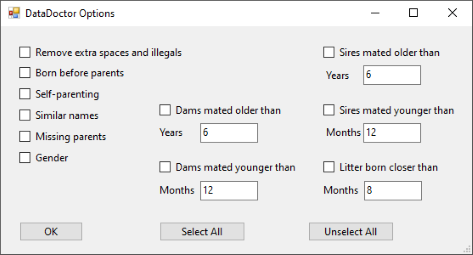 Click OK once you have selected the tests, then click the Run button. The results of the DataDoctor's analysis are listed in the floating dialog box as shown below. Because it is floating you can drag it out of the way and work in the "Edit All Records" view. As you fix errors those messages can be removed by clicking on the "Remove Selected" button. The entry column is the name of a record which is involved in the issue and if the name is clicked, the grid view will zoom to that entry making it easy to investigate and fix. 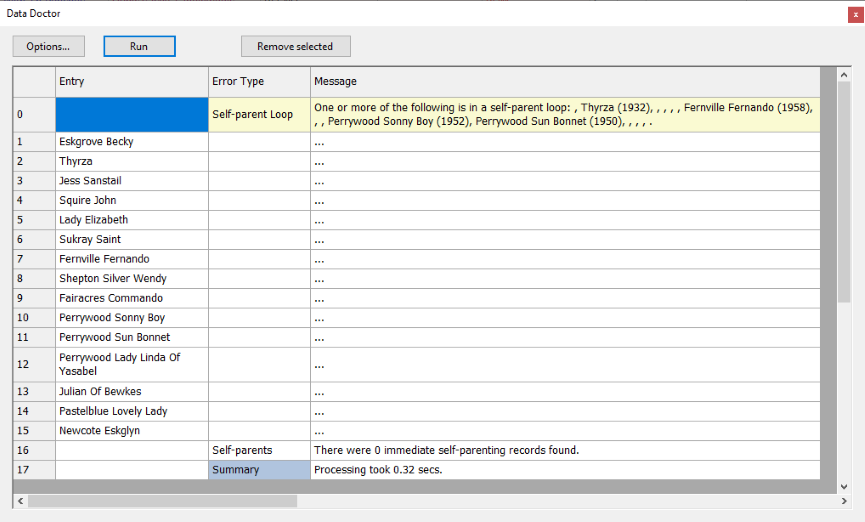